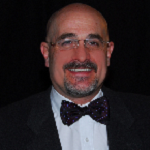 Maryland Criminal Defense Attorney Ahmet Hisim has 30 years of experience litigating all manner of criminal cases throughout Maryland, especially serious felony cases and murder trials. He was a prosecutor in the Baltimore City State’s Attorney’s Office for 22 years, and has been a criminal defense attorney for the past eight years.

Mr. Hisim has had nearly 150 jury trials in his career, 50 of which have been murder trials. As a defense attorney, he has achieved a “not guilty” verdict in many serious jury trials, as well as complete jury acquittals on all homicide counts for four different clients charged with murder.

Mr. Hisim’s first criminal trial as a defense attorney was a case of Attempted Murder in Montgomery County Circuit Court. The client had been previously convicted with other counsel, and his case was remanded to circuit court for a new trial. The case ended after a week-long trial with a total acquittal, causing the State’s eyewitness to fall from his chair as the verdict was read in the courtroom. (See the article from the Washington Post about this stunning acquittal).

Mr. Hisim won his client a complete acquittal in a two-week murder trial in the Baltimore City Circuit Court for an alleged 2008 murder in Remington Village. The State presented three eyewitnesses who identified his client and attempted to use DNA evidence to tie the client to the crime. Cross examination of the witnesses conflicted with each other. The DNA evidence was shown to be not related to the crime. The jury was ultimately found Mr. Hisim’s client Not guilty on all counts.

In yet another alleged 2008 murder case, a Baltimore City Jury acquitted Mr. Hisim’s client after a week-long trial. Mr. Hisim was able to point out that the police and prosecution had the wrong murder weapon by using the State’s own ballistic expert. The State’s witness credibility was completely undermined by the fact that the weapon that actually caused the victim’s ultimate demise could not have been the weapon the witnesses accused the client of using.

Mr. Hisim was able to win an acquittal of murder charges for his client in July of 2013. The client was accused of committing a murder in 2013. The State’s main eye witnesses lacked complete credibility. The detectives and other expert witnesses contradicted each other and had improperly collected evidence. Mr. Hisim was able to convince the court to suppress the actual bullets recovered from the victim due to the detectives’ mistake. The jury deliberated for less than 3 hours and returned a not guilty verdict.

Mr. Hisim represented a Nepalese National in four-week, three-co-defendant trial in 2013. His client was charged with Attempted Murder. Translators were used to translate for the Iraqi victim and the Nepalese defendants. Every question and every answer was filtered through the two different translators and finally into English for the jury’s consideration. The jury was unable to reach a verdict on any of the counts. Mr. Hisim was able to convince the prosecution not to proceed with a second trial. Mr. Hisim’s client, who had been detained for over a year, was overjoyed and finally able to celebrate with his family his desire to become a United State’s citizen.

In Mr. Hisim’s twenty-two years with the Baltimore City State’s Attorney’s Office, he handled well over fifty homicide cases, many of them high publicity cases with complex evidentiary issues. Mr. Hisim supervised and taught other Assistant State’s Attorneys as a team captain in the trial and F.I.V.E. units. He was the trial coordinator in the General Felony unit. Mr. Hisim was also head of the training unit as the Director of Education, Training, and Legal Research. Mr. Hisim taught ethics, cross-examination techniques, and DNA evidence at the NCDA in South Carolina and the Md. District Attorney’s Association new ASA program. Mr. Hisim also lectured at various colleges and high schools. Mr. Hisim also represented the Baltimore City State’s Attorney’s Office at various bar and rules committees.

Mr. Hisim graduated from the University of Baltimore School of Law in December of 1984.