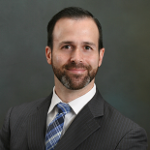 Mr. Clapp focuses his practice on criminal defense and traffic matters in Virginia. He has worked with the Fairfax County Public Defender’s Office as an attorney intern and the Public Defender Service for the District of Columbia as a law clerk, where he was involved in cases of grand larceny, unlawful possession of a firearm, assault on a police officer, possession of child pornography, DUI and operator license violations, among others.
Mr. Clapp has a LL.M. in Advocacy from the Washington College of Law. During that program, he wrote an article about states as criminal actors which is currently awaiting publication from the Dartmouth Law Journal. He also received his J.D. from American University, Washington College of Law, serving on the Executive Board of the Labor and Employment Law Forum and the Board of Directors of the Lambda Law Society. Mr. Clapp served as a student attorney in the General Practice Clinic at the school, helping underprivileged clients obtain needed representation while setting new legal precedent in the Maryland Court of Special Appeals. Additionally, with the encouragement and aid of the Dean of Students, he began a peer counseling program for students struggling with mental health and addiction issues, a program now used at a number of law schools across the nation. He received his B.A. cum laude from Florida Atlantic University in Boca Raton, Florida.
His background gives him a unique perspective on sociological and psychological issues that others might miss which could aid a client in the courtroom. Mr. Clapp is licensed to practice in Virginia and the District of Columbia. In addition, he speaks fluent Spanish.